Interpolation on a Sphere 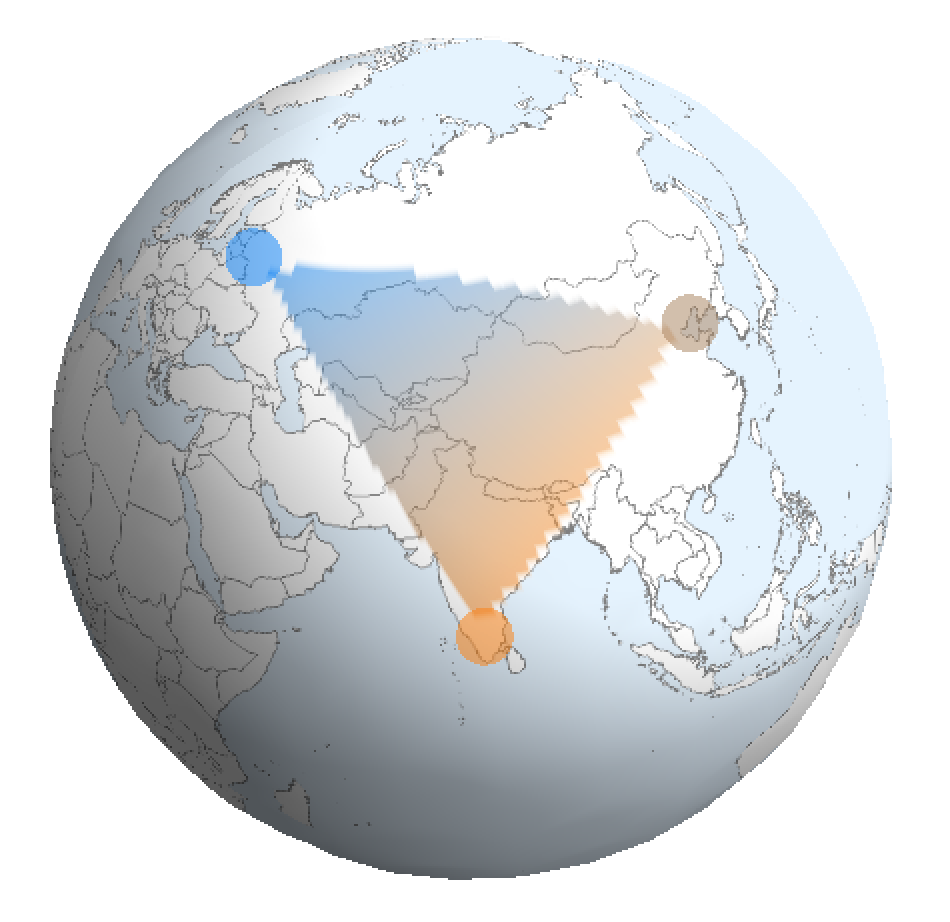 From geometry, we can derive an elegant method to do this to a region on a sphere. Using graph theory and enough points, we can extend this to the whole sphere (in the next post).

Here's the ﻿temperature﻿ today in a few cities:

You want to estimate the temperature in Islamabad using this information - you're a bit crazy like that. You probably already know how to do linear interpolation on the temperature between two points on a one-dimensional line: if you know

, then you can estimate 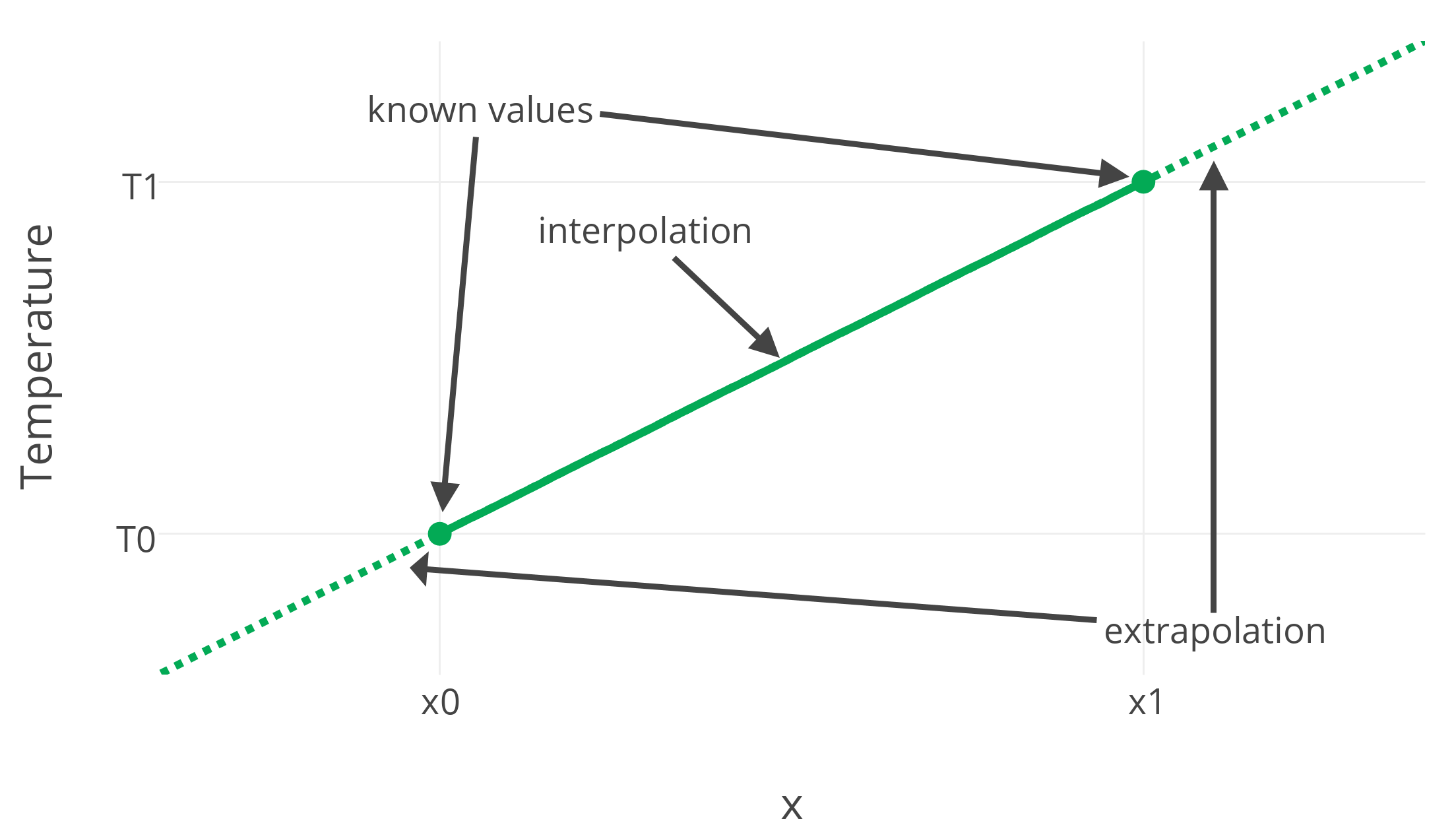 But how would you interpolate the temperature between these cities? On a surface like the Earth, the answer isn't so obvious. Not only are we working in two dimensions (latitude and longitude), but the Earth is also curved. I'll show a beautiful way to perform a "linear" interpolation on a sphere.

We can generalize our result on the line to two dimensions. Let's say you know the temperature at points

and want to estimate it at 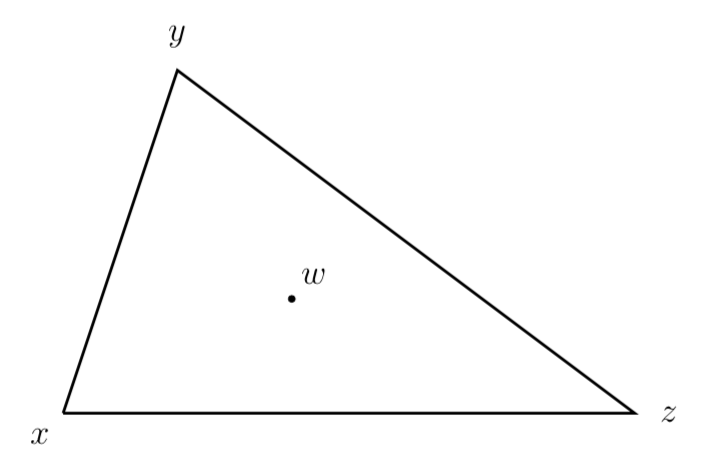 We want to estimate the temperature at

; some mixture of the temperatures. It actually easiest to think of this in vector form, shifting the origin to be where 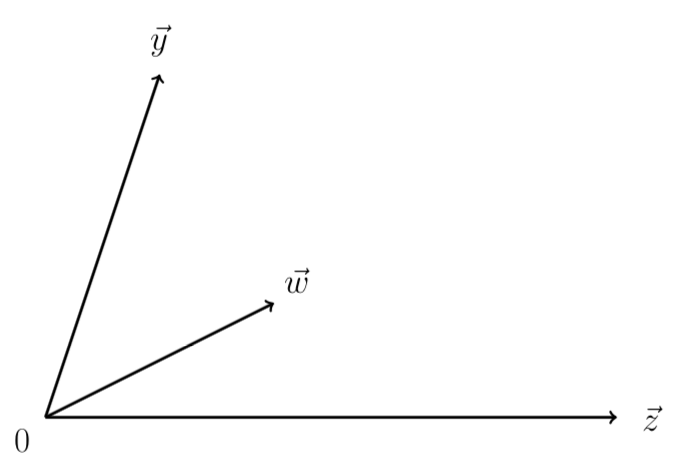 Intuitively, the coefficients for our mixture of temperatures should satisfy

. This seems simple enough, but there is a more convenient way to write this in terms of the areas of triangles in the following figure: 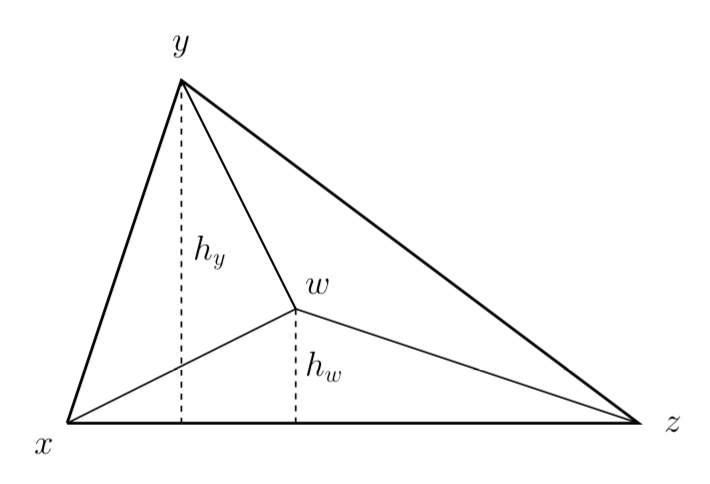 Using our vectors from before, the area of

Because of the way I have oriented the triangle, it is easy to see that

is entirely horizontal). This gives

By shifting the origin and rotating the triangle, we can apply the same reasoning to obtain

That is, the area of the subtriangle opposite point

is proportional to the coefficent

We can actually reduce the problem of interpolating on a sphere to the problem of interpolating on a plane. This is tricky, since there is no such things as a linear function on a sphere - we can only hope for a function which is locally linear. Our previous argument using vectors also breaks down, since following vectors on a sphere in a different order gives a different endpoint. It turns out the best solution is to project everything onto a plane perpendicular to the vector

(drawn from the sphere's center) we want to interpolate at: 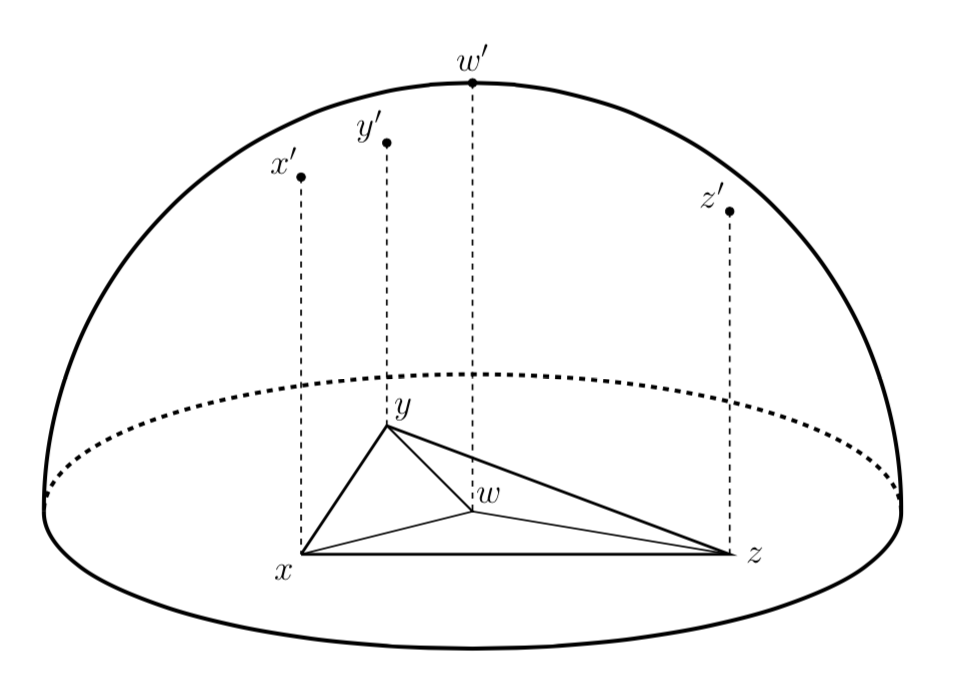 is the center of the sphere and the origin. At this juncture, one might despair because actually calculating the projection and evaluating areas from it would be tedious. But fear not: there will be a deus ex machina, and that machina is the determinant. If we take three vectors such as

) and stuff them into a matrix (as its columns), the determinant

of that matrix is very special. Its magnitude is

is the volume of the tetrahedron formed by

are in counterclockwise order or not, which is a useful fact I will get to in my next blog post.

Anyway, the volume of a tetrahedron is actually extremely useful. You may recall from geometry class that

is the base's area and

is the height. From its projection onto the plane, we can choose

And by the same reasoning,

In other words, the determinant of the matrix formed by the desired point and two of the known points is proportional to the coefficient for the remaining point by a fixed ratio. So determining the relative proportions of these determinants gives the desired coefficients

Using this calculation, we estimate that the temperature in Islamabad is a mixture of 51% that of Bangalore, 14% that of Beijing, and 35% that of Moscow, for a result of 9

C. We can also plot the result of this interpolation:

The actual temperature there is 15

C, which is pretty close (lucky) considering that temperature can vary unpredictably across just a few hundred kilometers. To accurately estimate the temperature using this method, we would need to measure it it many more points; apparently NOAA uses something like 1500 weather stations around the globe. By the time I finished writing this, temperatures had changed slightly, but here's a real heat map of Asia: 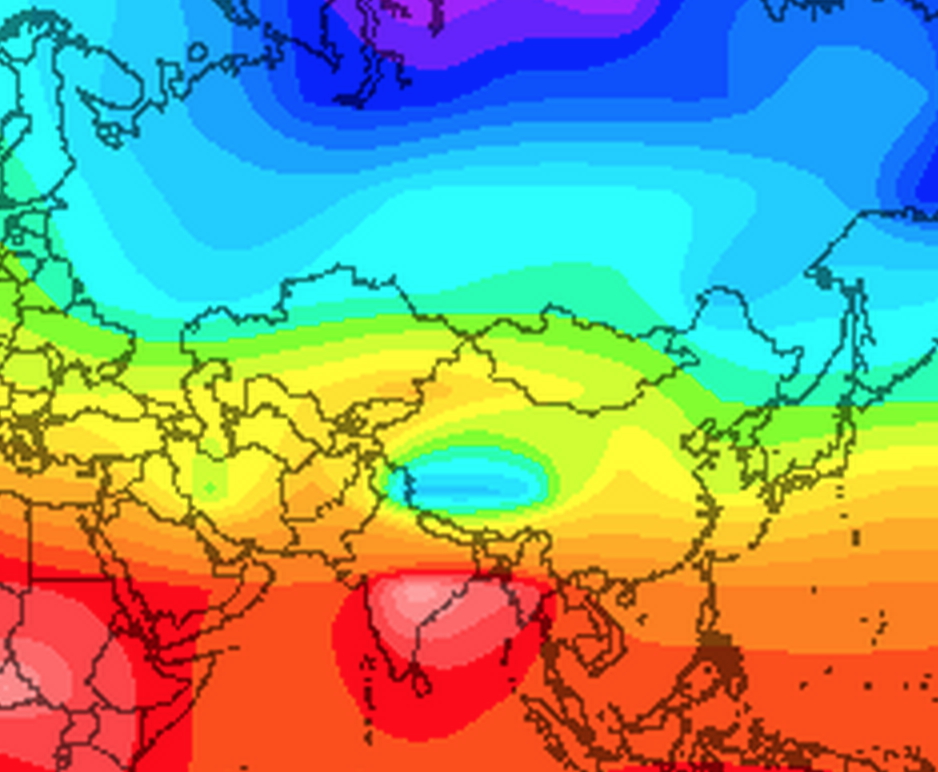 I'll show one way to interpolate with very many known points in my next post.